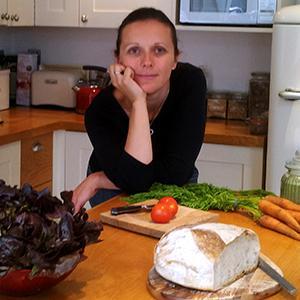 Annabelle Randles is the co-founder of eco-retailer By Nature and the inspiration behind the The Flexitarian blog.

Born and bred in France, Annabelle has taken much of her culinary inspiration from her mother and grandmother and was raised on a omnivorous diet, which include both plant and animal foods. Following ‘discovering’ vegetarianism while she lived abroad, Annabelle’s attitude towards what she ate evolved. She became interested in the issues including animal welfare, health, modern farming and the impact of meat production on the environment.

Through the Flexitarian blog, Annabelle promotes the flexitarian diet as a solution for people who do not want to give up meat entirely yet feel that for health, ethics and/or environmental reasons have to eat less of it. She is a fervent supporter of organic food, a key element towards healthier and more sustainable diets.

Recipes by Annabelle, The Flexitarian