World leaders, film stars, scientists and musicians have all made their mark on the long-running BBC show since it began in 1942. Here we feature 5 of our organic heroes who shared their passion for farming in harmony with nature while picking out their favourite tunes.

From farmers to TV personality, conservationist to campaigner – these notable guests on Desert Island Discs make essential listening for anyone interested in sustainable ways of producing the food that ends up on our plates. 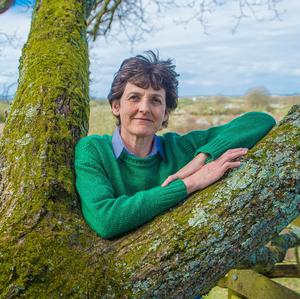 Last year, conservationist and writer Isabella spoke to Lauren Laverne about turning her 3,500 acre farm estate in Sussex into a conservation project with her husband Charlie.

Knepp Castle Estate has flourished with minimal human intervention and provides home for many of the UK’s rarest wildlife species. You can also stay on the estate in one of their yurts or tree houses and enjoy one Knepp’s own organic longhorn and venison sausages or burgers on your BBQ. Find out more, here.

Key quote: “We’ve been abusing our soils. We have to move to regenerative farming. Under the industrial systems that we have, you have to eat 10 tomatoes to get the nutrition out of one tomato of the 1950s. All our food nutrition has plummeted under this chemical system. Stopping chemical farming is the best start. It’s been driven by free roaming animals, particularly their dung and urine. The cow pats are wonderfully organic.” 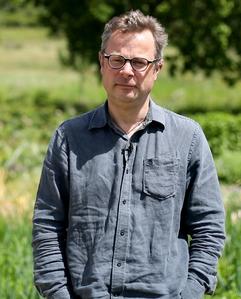 In 2009, Hugh joined Kirsty Young to talk about his passion for the environment and campaigning work for ethically-produced food. A multi-award winning writer and broadcaster, he founded River Cottage in Devon which promotes the organic lifestyle through their events and cookery courses. A working organic farm, everything they produce is certified by the Soil Association.

Key quote: “What I think is essential, if we’re going to eat meat, is we have to look after the animals who provide us with that meat and treat them with respect.” 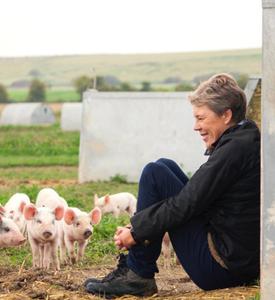 Farmer and Chief Executive of the Soil Association Helen Browning was cast away by Kirsty Young in 2015. Born and raised on the farm in Wiltshire that she now runs, she decided she wanted to be a ‘proper farmer’ at the age of 9. She was 24 when she took over the family farm and converted it to organic.

Key quote: “It’s basically about helping people eat better and farm better. We need to keep treading more lightly. Organic farming’s role is to try and make more space for nature and enable farm animals and wildlife and people to thrive while we farm.” 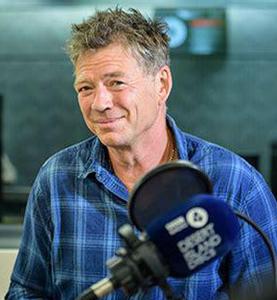 In 2018, Riverford founder Guy spoke about his life in food, organic farming, and his quest for a more ethical way of doing business. After going to Oxford to study Agricultural and Forestry Science and then a brief stint as a management consultant in London and New York, he returned to the family farm in 1986 where he started cultivating vegetables with a borrowed tractor. Today, Riverford delivers organic veg boxes to over 50,000 homes a week.

Key quote: “I would say the two absolute insanities in fresh produce, if you want to reduce the environmental footprint of what you eat, is don’t eat anything that’s been on an aeroplane and don’t eat anything produced in a heated greenhouse.” 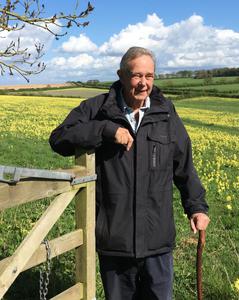 In 2000, Peter spoke to Sue Lawley. At the time he was executive director of Greenpeace and had recently hit the headlines for protesting against genetically modified crops. Soon after appearing on Desert Island Discs, he became the policy director at the Soil Association, where he was an important, charismatic figure in the organic movement for 18 years. In addition to his work for the Soil Association, he ran his family’s 890-acre organic farm in Norfolk, with cattle, sheep and arable crops.

Key quotes: “We can’t produce things on the assumption that we’ll be able to chuck them away when we’re finished with them. And the easiest place to chuck nasty things was in the oceans, because it’s out of sight, out of mind. Except of course, most of it comes back to haunt us.”

“In many ways, I think things have changed for the better in my lifetime. I think the awareness of the environment – when I first started to be concerned, the idea that anyone would be worried about the environment was seen as pretty silly – well that’s certainly changed.”

Thomasina Miers: organic is a no brainer for me