Why is organic important and what does it mean?

What does organic actually mean and what’s the difference between organic and non-organic fruit, vegetables and animal products? 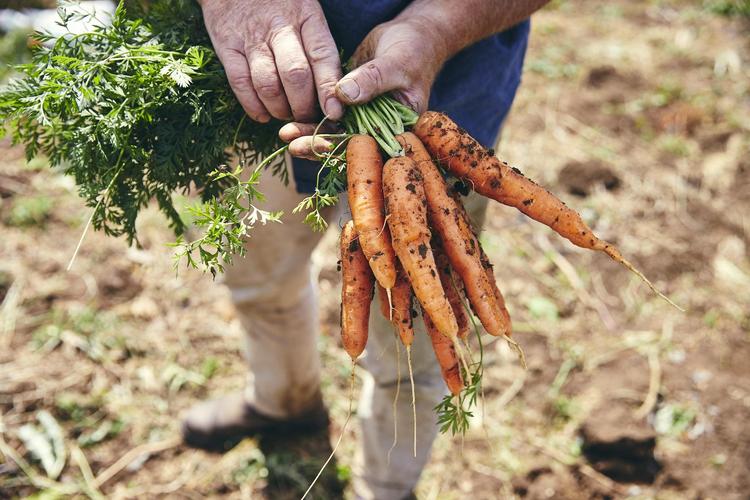 We’ve all heard of organic food but what exactly is it and why should we be eating it?

Organic is about what’s in your food and how it’s been grown. When you buy organic, you know exactly what’s in there. GM crops and ingredients are banned in organic farming standards as are hydrogenated fats, artificial pesticides and additives like aspartame, tartrazine and monosodium glutamate (MSG) are not permitted either. In terms of the environment, organic farming works with nature as it uses fewer pesticides and helps build the fertility of the soil. Research has found that there is 50% more wildlife on organic farms so it’s bringing wildlife back into the agricultural landscape. Organically reared animals also enjoy a truly free-range life.

What is the difference between organic and non-organic meat?

The preventative use of antibiotics is not permitted under organic standards – antibiotics are, of course, used to treat a sick animal as we don’t want to see animals suffer but they must not be used routinely as they can be in intensive pork and poultry production. This is leading to serious problems of antibiotic resistance building up in the population so when you buy organic meat, you know you’re helping safeguard the effectiveness of antibiotics.

Organic eggs are, according to the British Hen Welfare Trust, at the “top of the welfare pecking order” of egg production and organic hens live a truly free-range life. The biggest difference is space – organic hens get 10m2 of pasture per bird. Inside the houses, a maximum density of 6 birds per m2 is permitted. Free range hens get less than half that amount of pasture per bird (4m2), and have 50% more hens in the same living space (9 per m2). Free-range standards also permit much larger flocks whereas an organic flock can have 2,000 birds at a maximum.

Often meat in supermarkets is imported organic meat, but at a local market it could be just local but not organic. What should one do in this dilemma?

The best thing is to buy local and organic but it's not always possible. The organic market is growing really well and the UK now needs to encourage more farmers to convert to organic so we can meet more of that growing demand ourselves. Unfortunately, the UK’s self-sufficiency in food has plummeted from over 75% in the 1980s to only 61% now, according to Defra. So we need to do more to encourage home-grown organic.

Is there a difference in taste?

It's subjective but many people say they can taste the difference!

If there are 5 things people should really buy organic, what should they be?

It depends to some extent on your concerns about the food system; from animal welfare, to farmers getting a fair price, to the environment and also the prevalence of pesticide residues in non-organic food and drink. Fewer pesticides is one of the key reasons that people choose organic. And consumers often start their organic buying with fresh produce, and this information will help you see why.

Pesticides Action Network UK did some research analysing the UK government’s own pesticide residue reporting so that people could understand it and see the trends. The government’s Expert Committee on Pesticide Residues or “PRiF” tests fruit, vegetables and other products for pesticide residues each quarter but the data isn’t presented in a user friendly way so PAN UK analysed the results instead. The report is essential reading and shows that as much as 46% of the food we consume contains residues of one or more pesticides. This figure has increased every year and has almost doubled since 2003 when it was 25%. The report showed the products with the worst pesticide residues were:

Why is organic often more expensive?

Because it costs more to produce. Animals reared organically live a longer life, therefore there are greater feed costs. Fruit and veg production as well as arable production is more labour intensive as weeds can’t simply be sprayed away. So, it’s partly the production and partly down to the mark-up shops put on organic. However, it is possible to eat well for less. Check out our article on how to make organic more affordable.